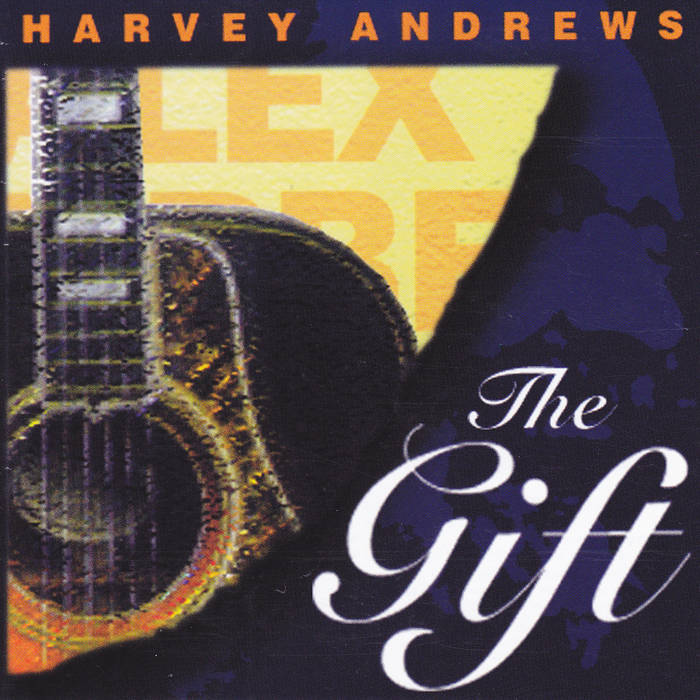 I have been perfoming in folk clubs and related venues since 1964 and my generation were the pioneers of professional folk music.

We are now in our late fifties or sixties – an archive of musical history that cannot be repeated.

This album is about the performer and the audience; about the music and the road; about the distant past and the rich future and above all the joy and fellowship we find in our music.

"Fifteen tracks which are essentially about music, not the self indulgent romanticism so often associated with the subject, but a combination of wit, pathos, narrative and humour reflecting a lifetime in the business. This is a fine album, superb writing coupled with top quality performance and arrangements which are thoughtful and appropriate to the individual tracks. A worthwhile addition to anyone’s collection."
FolkTalk

"On this recording [Harvey's] words and music are as strong and meaningful as ever, presented in an unobtrusive, but powerful way. Of all the songwriters of his genre this country has produced, he continues to see things clearly in a way that others don’t. He truly is a man for all seasons whose legacy of songs is a real gift."
Folk North West Magazine

"Singer/songwriter Harvey Andrews has been turning out magical albums year after year after year… his new album “The Gift ” is no exception. The Gift in the album title is the gift of music and Harvey is very much reminiscing about the events and characters of his long career in music, particularly the Sixties when he started… His relaxed style has picked up a lot of admirers. This album should keep them happy. Long may he continue."
Folk Mag

"Harvey is a craftsman. No word is out of place, and each song is perfectly formed. He has a magical gift for melody and a sing-able chorus, as well as the immaculately placed line which points up the focus of each verse. He describes the challenge in his song ‘The Songwriter’ in a way that made me wince with its accuracy (here’s the mortgage, here’s the bills / here’s the bad review that kills you), but he makes his work seem so fluent and natural it’s hard to imagine him struggling with the pen and paper. This is an album for all of us who know and love folk clubs, for all of us who know and love words and music and for anyone who knows and loves Harvey. It’s a jewel of an album – a gift indeed."
Traditional Music Maker

"The old voice is still intact-strong, pleasing and listenable-and the songs are still a source of enjoyment. Harvey Andrews has conjured up a selection to touch us all. ‘The Gift’ is a wonderful album to add to one’s collection."
Folk on Tap

My special thanks to Mike Silver and Bruce Davies for their very special talents and support.