from Snaps by Harvey Andrews 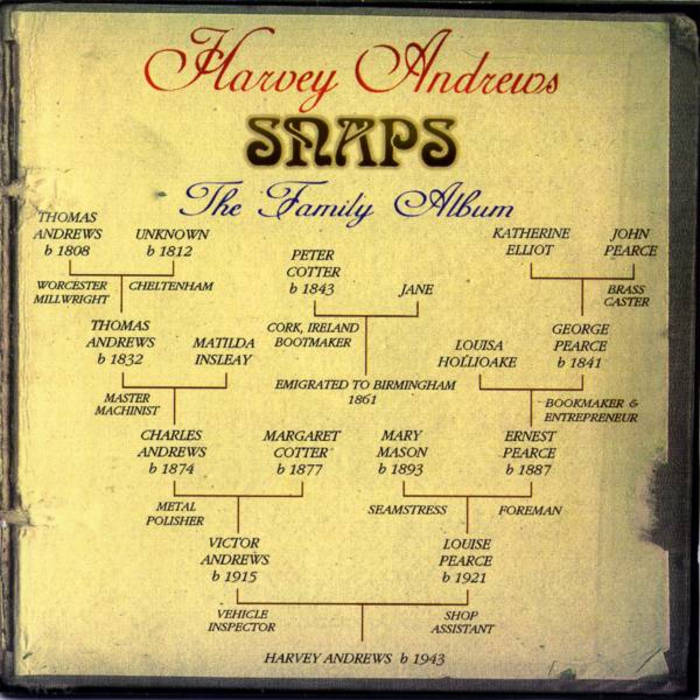 Firstly, two verses from a broadsheet advertising the business of my Great Grandfather, George Pearce. Not only did he run a pub with a music hall, he was also a bookmaker who published his own sporting paper. He strikes me as the epitome of the Brummie entrepreneurs who built a city from a village in just a few years, so I have used him as the basis of a portrait of the city itself - confident, but wary; rash, but friendly; hard, but fair.

I'm a man from Brummagem town
And a Brummie won't stay down
I've worked from dawn, to the sun next morn
With a shovel and a pick and a deal of brawn
I put the bullring there
I built Victoria square
I saw the nobs give tips with bobs
And I thought I'd get my share

Well you might say I'm nouveau
Not fit to mix with gentry
But if you make a show
It's money gains you entry
I've got my country home
My carriages and horses
I might be nouveau, but I'm riche
Playing the market forces

A labourer's just a fool
A pawn and a boss's tool
So I cast my mind and what did I find?
Well, I found me a golden rule
Give odds of six to four
Ten to one the draw
They'll bet all day, they'll always pay
And then come back for more

Well it must be God's good plan
So I take it all I can
The chapel gate, the silver plate
Were bought by this God-fearing man
And my son will have it all
The pub, the lodge, the hall
He's an empire lad just like his dad
And he's heard his country's call

They might say he's nouveau
Not fit to mix with gentry
But I gave him such a show
My money bought him entry
He's got the best there is
In uniforms and horses
He might be nouveau, but he's riche,
And an officer in the forces